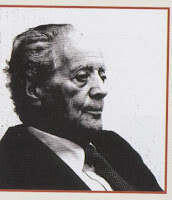 “I was a lonely child…I wasn’t playing with other children in the street….unlike my brother Hassan who was social. I didn’t like violence…I never had a fight and I don’t like watching violence even on TV. I studied in the Italian schools, and was graduated from high school in 1937. We were seven or eight students from all Cyrenaica.. 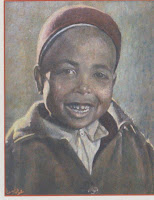 In high school there was emphasis on arts and crafts, and I learnt bookbinding. On the other side I was always occupied with painting. I liked to paint. At home, at school and on walls. My mother went to the sheik to write me a talisman to take me away from painting, and she left it under my below. 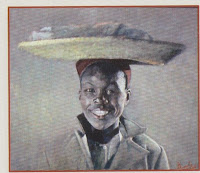 My first serious teaching of painting was under the instructions of my teacher Verdi. He invited me with other four Italian pupils to private lessons in his house. 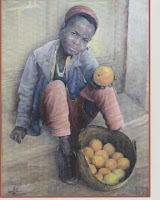 In 1938 I went to Italy and studied Engineering Drawing for six months. Then I went several more times and studied anatomy, and visited museums and churches. I visited the worlds museums from Japan to South America. I am fond of Rembrandt and was influenced by Goya. I was never employed and never worked with politics and never joined any political parties. 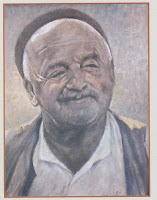 In 1946 I hired a shop for 3 pounds monthly in Omar Mukhtar Street in front of the post office building and opened the first hall for my paintings. One of my paintings was bought by Nahum ‘a wealthy Libyan Jew’ for 120 pounds which was a miracle at the time. My close friends worked in the municipality at the time for 10 pounds monthly.

I don’t like selling my paintings. They are my kids. I live with them. What I sell gives me pains. At night, I imagine what I’ll paint, and I paint it in the morning. I wake up early at dawn and start painting, my breakfast being only a cup of coffee. 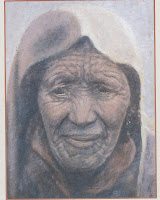 Painting is something I can’t quit practicing, it’s my obsession and my pleasure, but sometimes months may pass without doing any painting at all. I love music, I wish I learnt music. Now I paint while listening to quite music.”
From Dr. Mohamed M. Almofti's Book: Passion for colors,
Published by General Council of Culture, 2007.

Pictures of Benghaziin the 30's: 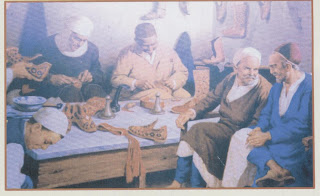 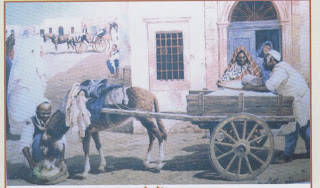 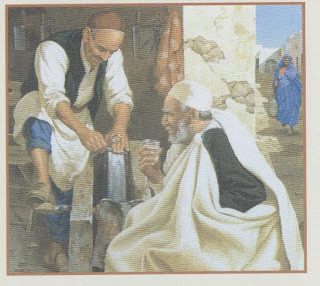 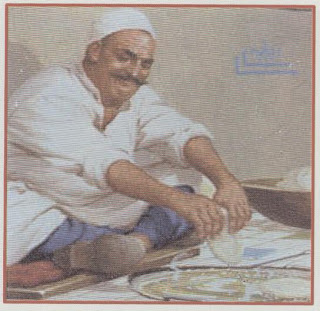 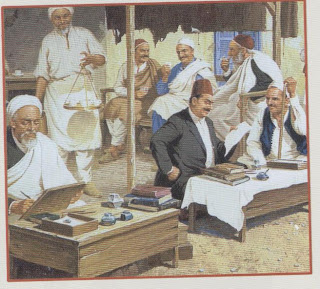 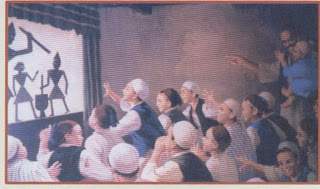 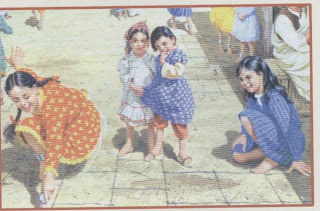 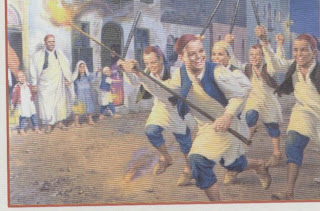 Awad Oubeda represents what i consider the soul of benghazi.his paintings and life time work must be considered as a national treasure by the governement and to be saved.
He is a part of the soul of Benghazi that tells us how vivid,how beutiful and how simple life used to be.
I feel sorry that cultural events are not that popular now a days.but things will hopfully change.
Nice post
Benghazicitizen

Thanks BC, and I agree with you things will definitely change.

I am familiar with the artists work which is absolutely beautiful, I know people here that have original copies.
thank you yet again for a very interesting article.

Salam AL, I think the artist at some time had an art hall in London.

spot on as usual gheriani.. a 'treasure' indeed...