A TRIBUTE TO A CITY 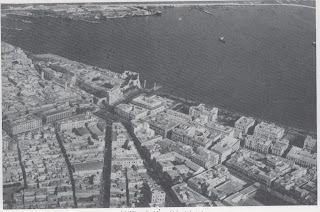 “Properly to write the wonderful story of Tripoli, daughter of sea and desert, one must be not only an accomplished historian, a cultivated archaeologist and an expert in ethnology, but profoundly versed in Arabic and in the fundamental beliefs and general practices of Mohammedanism as well as the local customs of that great religion, colored as it is by differing environment.”
Mrs. Mabel Loomis Todd, in her book:’Tripoli the Mysterious’, first published in 1912.

Tripoli was a very beautiful city. Tripoli was a town of a fair size, clean and organized. Municipality washing trucks used to spray the main streets down town with jet water during hot summer afternoons. There was a time, when shop keepers used to barricade the entrance of their shops with broom sticks and go to the next mosque at times of prayers. There was a time when the only non-Libyan Arabs who lived within the old city were the Jewish and Maltese communities. There was a time when you could buy old valuable books –varying in subjects, from fiction to Mao teachings- from small used books shops costing you only few milliemes –dirhams.
There were many cultural centers. There was the Arabic Cultural Center –of Egypt- where we learned about socialism and the national upheavals that rocked the Arab World in that era. There were the American, British and French Cultural Centers and study rooms where you could borrow books, watch educational films and learn foreign languages. There was the National Library on the first floor in the ancient building next to Sidi Hammouda mosque –both of them demolished in the seventies to make room for the parking lot in the Green Square. The National Library under its Guardian Prof. Ahmed Gnaba (الأستاذ أحمد قنابة ) –God bless his soul- was a refuge and a place of learning for students at the time. There was a time when our Egyptian high school teachers invited us in their homes after school hours when we had further questions to ask – at no cost. There was a time when you could buy a piece of water melon, and not a whole one weighing more than ten kilos. There was a time when people like me –not Tripoli born- were referred to as people of ‘Out of the Wall’, but the city itself encompassed all included us immigrants of the hinterland and bathed us with its warmth and compassion. It offered us homes to share, work to do and a new identity and culture.
Whenever I come back to Tripoli for a few days visit I am very confused. The Tripoli I know exists no more. In its place, there is a big Metropolitan, crowded and noisy. High buildings rose where there was none, there are houses where there were sand dunes and modern wide streets lead to everywhere. Tripoli has become a big city, and thus it shares the problems and agonies of big cities.
Still when I frequent its small coffee shops in the early mornings, watch customers taking their first cup of coffee for the day, while passers by –students going to their schools and universities, office clerks, lawyers, engineers, policemen and other workers- walking briskly to their jobs while it is still dark, I feel the same spirit of the city that I know, and it is an alive, dynamic and cheerful spirit.
TRIPOLI HAS THE POTENTIAL TO KEEP ITS DISTINGUISHED, BEAUTIFUL AND CULTURAL SPIRIT AND BECOME A MODERN BIG METROPOLIS. 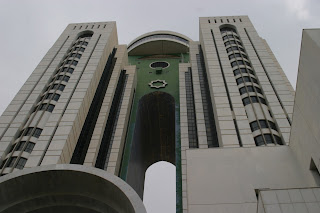 that was a very good description of Tripoli, after I finished reading it I realised that I was holding my breath :o)
Thank you Gheriani

Acuually AngloL, your post of "Return or not to Return' made me think of Tripoli as it was home for me for that's where I spent my boyhood, and for the last 25 years I live away.

its simillar for me, I was born in Benghazi then my family moved to Tripoli when I was very young, I lived there until I was 17 then moved to the UK many many years ago (about 27 years ago).

It is so beautiful to know about tripoli in the past and how is was so simple life and freandly people , i think u do miss tripoli but the old tripoli not the civiliced tripoli .... thank you gheriani for always keeping to give us good informations of many things .. have a nice day ...

What I mean AngloL that as people move a lot they wish to return to old places they lived in not because of the place itself but because of its shared memories with other people, it's a combined vision of place, time and people.
My family moved a lot because of my father's work, I was born in the mountain, raised in Tripoli -on the sea - and settled in another city on the sea, and lived abroad between U.S. and France for five years.
So, when people think about returning they have a picture in their minds of something, someplace that was and problably there is not any more.
To LC, you're right I'm longing to Tripoli the Old and not the Modern one.